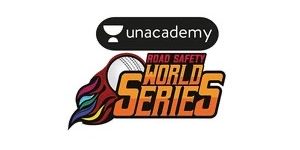 Last evening was special in the “Road Safety World Series” held in Mumbai. Two teams of players who have been legends in the game and that most of us have grown up watching and loving. When they were probably in their prime, I had not even learnt the spelling of the game. To see Sachin Tendulkar and Virender Sehwag putting up a partnership of 83 runs after so many years showed me the way a true cricketer is built. An example of leadership that stays not just through their playing years but for life. It was not only the two stalwarts of Indian cricket but also players like Shivnarine Chanderpaul, who I have heard so much about, especially when it comes to his batting stance, was really fascinating to watch.

Zaheer khan was superb with the ball and took a breathtaking catch in the field that left me stunned! It will be unfair to not mention Brian Lara, who I saw in action for the first time and what an awesome experience it was! This game just reaffirmed my stance that their generation just had a different mindset towards the game. They weren’t just born players but exemplify what true sportsmanship is all about. Carl Hooper, an off-spinner who initially seemed lazy with the ball, turned the game around to be extremely elegant. Of course for the Mumbaikars, there could be no bigger delight than watching cricket under the captaincy of their favourite Sachin Tendulkar and him bagging the win in style. Today I understand why OLD IS ALWAYS GOLD not matter how OLD IT GETS! Shine on our Cricket stars.. you shall live forever!