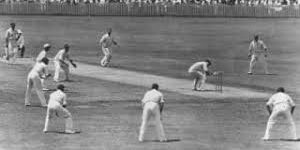 A series of the Ashes played in 1932-33 when England was touring Australia and the fear of Sir Donald Bradman scoring a large chunk of the runs for Australia was haunting them. Douglas Jardine who was captaining England on that tour decided to use the prominent leg theory of that era which had 7 fielders on the leg side plus. The keeper and the bowler made it 9. Only 2 fielders were placed on the offside. This theory was said to have the majority of the fielders on the leg side and the bowler was instructed to bowl the line of the body which meant the ball was supposed to be between the middle and leg stump and short enough to rise to the hight of the chest or above. Harold Larwood who was the fastest bowler of that time was Douglas’s best and most lethal weapon, he was told to make the ball rise up to a level where Bradman had no way of playing it. If he was to play it he would end up popping it into a fielder’s hand and ifs he was to leave it he would get hit on the face. This tactic was heavily criticized by everyone and some of the English. Bowlers even went against Jardine by not bowling to his desired field.

Before the five-match test series began, there was a three-day practice match in which Jardine decided not to play, as he wanted to spectate how Bradman dealt with this tactic. He instructed his vice-captain to let the fast bowlers to set their own field without questioning them. During the practice match, Larwood injured Bradman so hard that he was unfit to play the first test. England emerged victorious in the first test while the Australians fought back hard to win the second test. The worst blow in the series came in the third test where Larwood hit O’Brien with a bouncer right on his head which ended up cracking his skull and unfortunately killing him. This incident lead to a huge outrage in the people and as a result, they burnt the flag of England.

There were no restrictions on the number of bouncers at that time that’s why the umpires could not intervene. After O’Brien was hit, the Australian captain Woodfull went unto the manager Percy, of the English team and told him that the English were not playing cricket but fighting a war against them but got no support as there was an internal problem between Jardine and Percy itself. Percy was against the tactics Jardine used but was not able to stop him.  The Australian cricket board tased a complaint to the MCC about the English using unfaithful cricketing tactics to win the series but the MCC replied by saying that they  had full confidence in their captain, team, and manager. The Australian board was forced to remove the word unsportsmanlike from the complaint and the team had to continue facing BODY-LINE. The English won that series 4-1 and regained the Ashes but that victory was counted as a victory without honor. After the tour finished the MCC banned the use of Body-line. Harold Larwood and Douglas Jardine were never allowed to play for England again. 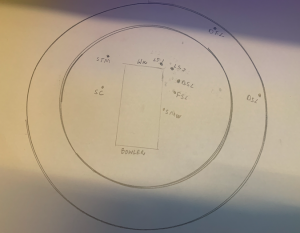