ARE WE LOOSING ODI’S AS A FORMAT IN THE GAME OF CRICKET? 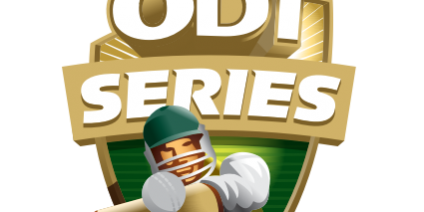 A very controversial question to ask, as some may say that it was this format that changed the way people looked at the game. Well here is what I have to say!

So after the 2019 world cup came to an end it seems as if people have lost interest in the ODI format The focus seems to have mostly shifted to T20 cricket, moreover, the T20 world cup is approaching in less than a year. Now the second topic of discussion is that are bilateral series harming this format?  Well if you ask me I would surely agree with this as these bilateral series have lost their significance. Of course, we can’t forget that there are teams who do revive the charm by playing each other every now and then. Contest vs context is what makes the game watchable. If there is significant competition like the current India vs Australia series, the audience will end-up watching enthusiastically but if there is no healthy contest the result becomes evident leading to people losing interest midway in this longish format.

Now coming to the context factor – As seen nowadays, if there is a five-match ODI and some team is ahead by 3-0 the viewership reduces heavily and there is no particular end result for which bilateral series are played. I remember a few years ago we used to have a lot of triangular and quadrangular series which gave immense context to watch ODI’s, especially because one team would not be playing the same opponent over and over again.

When we talk about viewership it is very important that we compare it with the other two formats as well. If we look at test cricket, it has made a heavy comeback. With the world test championship coming into play and the start of more Day-Night tests, I feel test cricket is here to stay as it has been consistent from the past 140 years. T20 cricket is the flavor of this new era of cricket and will continue to garner most viewership.

A suitable solution would be breaking down the top ten teams into two groups of the top 5 teams playing each other. For eg: (India, Australia, England, New Zealand, and South Africa) and the other group consisting of (Pakistan, Sri Lanka Afghanistan, Bangladesh and West Indies) This will make the contest more even, healthy and impactful.

My conclusion of this debate is that “ YES” ODI cricket is in danger and if we don’t end up saving it this might be the first format the game will lose. The reduction of bilateral series is a must if we want this format to survive. Before we let this go, let us CHOOSE QUALITY OVER QUANTITY!

This was my opinion, let’s hear yours ?!